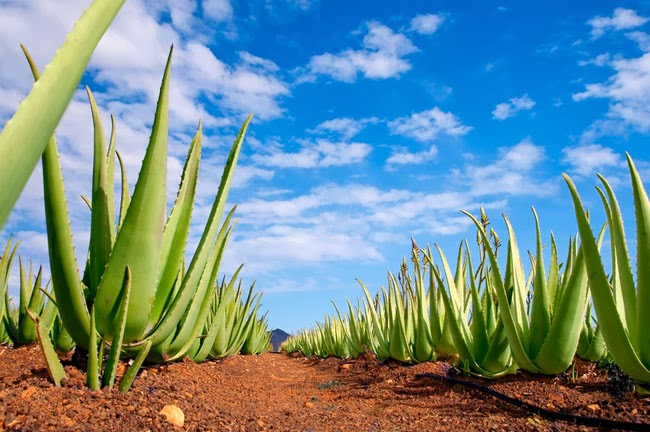 I know the title sounds odd. Aloe Vera isn't normally associated with anything even close to being hazardous.

Chris asked me to have a look at the growing concerns about the possible hazards of aloe vera. In researching this, I came across several new studies that prompted me to take a fresh view of this succulent.

Let's examine how such a popular ingredient with such an innocent reputation can be any kind of hazard, and also take a look at whether or not it can actually do what proponents claim it can do.

Aloe vera gel and juice is harvested from the Aloe Barbadensis plant, which has a gel-like substance in the center of the leaves. It is this gel-like substance that is harvested and used, Between the gel and the outer leaf is a yellowish, liquid-y substance containing anthraquinones (also known as aloe latex). Aloin is an example of an anthraquinone that has this property. Aloin is found in the aloe latex. Aloin has laxative properties and is a mild skin irritant. 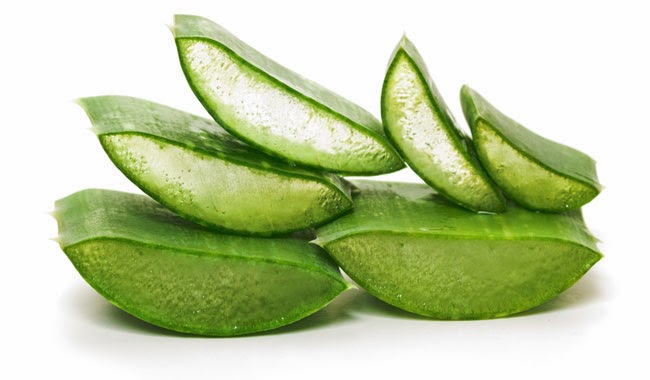 For internal use, aloe vera juice can be taken as is (dosage is often 2-6 teaspoons a day) or added to other juices for a cocktail.

Even though aloe vera is claimed to encourage a healthy digestive system, there doesn't seem to be any scientific evidence to support this claim – anywhere.

On the other hand - there is not enough evidence to support aloe vera as a danger to health when ingested either.

In short: it looks like the jury is still out on whether or not aloe vera is beneficial or harmful taken internally.

The (Kind of) Scary Part

There are some indications that suggest the components of aloin are carcenogenic.
A 2005 study on rats and fish showed that intake of aloe vera had adverse effects on the health.

But other studies that used pure aloe gel (with very low aloin content) have shown no such effects.

It looks a heck of a lot like the culprit is the aloin.

If you are in doubt about taking aloe vera internally, use only certified aloe vera products and never exceed recommended dosages. 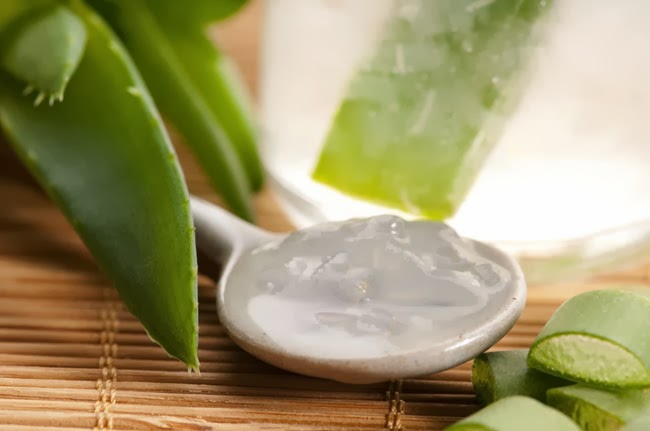 There doesn't seem to be any reason to worry about possible sensitization either. This 2005 study on over 700 people showed no adverse reactions (no contact sensitization) from topical application of aloe vera.

Aloe vera has been touted as a skin healer for years, but studies seem to tell contradicting stories.

For example: a 2005 study at Danish Odense University Hospital on 40 patients with psoriasis showed the placebo had more effect than the aloe vera (link here).

On the other hand, a 2010 study showed that aloe vera had a significant effect on easing postoperative pain after undergoing a hemorrhoidectomy.


Can Aloe Cause Any Real Damage to the Skin?


I find it quite interesting that there was a difference in the rats and mice, but overall, I haven't been able to find any other studies that show aloe vera has anything but beneficial effects to the skin.


Pros and Cons - What's the Conclusion?

Researching this opened my eyes to a few things, but didn't rock my world as to aloe and its uses. I plan to continue using it in the many products I already use it in. It's a great pH balancer, is well tolerated by babies, and my skin loves it. Aloe vera has been a staple in my ingredients stock for years, and it will continue to be.

In short: if you are using certified aloe vera for both internal and external use and not exceeding recommended dosages, there doesn't seem to be anything to be worried about.

I may just mix up an aloe vera cocktail to celebrate.

Read what WebMD has to say about possible hazards of Aloe Vera
Simulated Solar light and toxicology study by National Toxicology Programme, 2010
Aloin - Wikipedia
What to do if you get an allergic reaction to topically applied Aloe Vera
Aloe Vera - wikipedia
International Aloe Science Council
12.11.13
Labels: Ingredients

Anonymous said…
According to the appendix in the 2010 study, most commercially available products hardly ever contain over 1 % aloe. So seeing as the same study noted a slight enhancing effect of the photo carcinogenic activity of SSL at 3 % and 6 %, we should not worry.

LisaLise said…
Hi Chris - sorry for this delayed reply! Thank you for your inout and kind words. This was an interesting subject to revisit and has actually given me the background I need to answer your other question (about how I research).