The Nordic Swan Label - Can it Be Trusted? 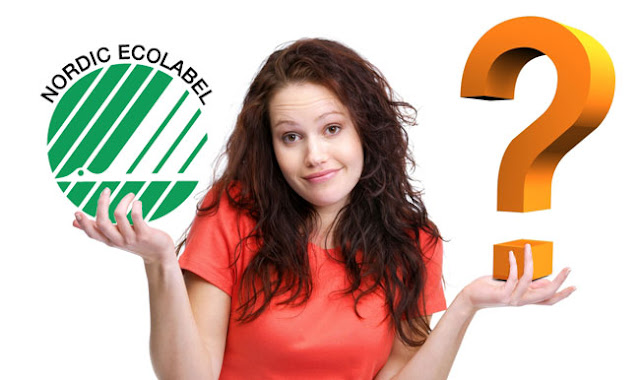 This is something I've been mulling over, digging around and researching for what feels like an age. Unfortunately, it's not good news.

I wish it was.

I wished it so much that I kept digging, but the more I discovered, the more disappointed I became. I've even let it sit a few times – hoping 'it would go away'. It refused, so now I'm sharing it with you.

This is about safety labelling on cosmetics in Scandinavia, but I'm guessing the same thing may well be happening in other countries.

In Scandinavia, we have a label commonly known as the Nordic Swan. It is designed to signal 'safe, tested, planet-and-people-friendly'. It's a label with a thoroughly trusted reputation. In order to attain the rights to display the Nordic Swan, there is a stringent set of rules to follow and requirements to fulfil. It's a lengthy, pricey and ongoing process where you willingly subject your company/product to unannounced spot-checks and testing.

Understandably, any product (or company) approved to carry the Swan label displays it proudly on every bottle, in every advertisement, in-store advertising, on letterheads, websites and everywhere else they can show it off.

You have most likely heard about paraben preservatives. There are quite a few of them and they each have a long name – all ending with 'paraben'. If you're not a formulator, ingredients researcher, or label-reading geek, it's hard to keep track of which of the parabens are undergong study and which ones have been OK'ed for use in cosmetics.

That's OK. There are experts to keep track of it.

For years, products that include some paraben preservatives were Swan-worthy, but that all ended as of January 2012.

Nothing changed. That is to say, nothing scientific, evidence-based, or even factual.

Quite the contrary. Ethylparaben, methylparaben, propylparaben* and butylparaben are safe to use. As a matter of fact, they have been through more testing (and subsequent approval by the SCCS) than (probably) every other preservative on the market. Seeing as they have been around for over 75 years, there are even long-term studies on parabens.

Nonetheless the Nordic Swan folks have un-approved them all as of January 2012.

The reason was ugly.

It was the worst reason of all.

They dropped all parabens because they were afraid of loosing sales. And they even admitted it.

You Can't Fight The Media

Uncertain shoppers who read labels and spot anything ending in 'paraben' might just put the bottle back and choose something else – because consumers can't be expected to keep track of which parabens are OK.

And after they decided to let scaremongers dictate Swan-labelling-policy, they announced it in writing to 'their' manufacturers in the beginning of 2012.


How Do You Know Lise – You're Not a Swan Label Manufacturer

I learned about this months after it happened in a conversation with a Swan label manufacturer I know well (and who shall remain unnamed unless they decide to make themselves public). They received the announcement directly, and were kind enough (as well as shocked and disappointed enough) to tell me about it in detail.

When I asked if they had saved the announcement and could I have a copy, the reply was 'We got it as an e-mail. I didn't save it.' They then added, 'It would probably be worth money if I still had it, though'.

I really wish this was all untrue.

I wish I could tell you it was someone untrustworthy who disclosed the details to me.

I even wish I could tell you I am exaggerating or leaving stuff out.

What The Swan Label Guidelines Say

I checked through the (64 page) Nordic Ecolabelling (Swan) guidelines for cosmetic products. In the reference list at the back of their guidelines, I was surprised and disappointed to discover 2 references to the Environmental Working Group (EWG).

(In case you're wondering): The EWG posts information about cosmetics ingredients on their online 'database'. Among other fun things, you will find warnings about possible endocrine disruption from a completely fictional preservative that they call 'polyparaben'. They even point to so-called studies to back up their 'information' (?!?!). Even after being made aware of this in early 2011, they chose to leave the imaginary preservative on their 'database'. It's still there.

The Swan label guidelines indicate the Precautionary Principle could serve as the reason for un-approving all parabens. It works kind of like this: if there is the slightest indication that a paraben could be an endocrine disrupter or might possibly be harmful to the environment, then it may be assumed that other parabens could have the same properties and may therefore also be excluded – until proven otherwise.

...the specific parabens that have been targeted as possible endocrine disruptors are undergoing testing and – to my knowledge – are not being used by anyone – nor have they been since around 2009.

Which leaves all the other parabens – the ones that have been retested, OK'ed, and approved.

But they're still parabens.

So they're no longer Swan-worthy.

I called the Swan label folks to ask about why they had unapproved all parabens – and made the mistake of mentioning ethylparaben and methylparaben specifically.

After putting me through to several different offices, I was drilled with questions about where I was calling from and why I wanted to know these things. The first conversation ended with something along the lines of 'You need to speak to Ms. So and So'. She won't be in until tomorrow'.

I tried again – rewording my questions – and after several attempts, was finally given the name of yet another person who I was unable to get in touch with – at all. I tried several times, but every time I called, they were either on vacation, in a meeting, at a conference until next week, on vacation – again, etc.

It could be that I was just continously unlucky and went through a long streak of incredibly bad timing.

But at one point, I decided to let it lie – again. And that's as far as I got.

So, Can We Trust the Nordic Swan Label?

My take: If a trusted label such as the Nordic Swan chooses to discard tried-and-tested preservatives because of scaremongering, then my trust in them flies out the window and straight into the trash bin.

Sorry guys, you have utterly lost me.

I used to look at a Swan label and think 'there's someone looking out for my safety'.

Now, I can't help wondering what in the world you told Swan label manufacturers with products containing proven preservatives such as ethylparaben and methylparaben. Did you demand they reformulate their products?

Because of a possibility of loosing sales?

Guess what I'm NOT getting anyone for Christmas this year.


More about Parabens on This Blog

Parabens Come From Plants
Are Parabens a Lost Cause?
Dealing With Misinformed People in Higher Authority
Paraben Party Time
Polyparaben - the Most Dangerous of them All

Dene said…
Great post, Lise - you have summed up the situation perfectly - it's not about safety, it's about the power of lobby groups to influence consumers. Parabens have actually been used in cosmetics for over 80 years, by the way!
December 19, 2012 at 12:21 AM

LisaLise said…
Thanks so much Dene.

I really used to think that Scandinavia was 'above all that scaremongering' – a more factual, logical and science-based society regarding policy-making on public safety. It has been an incredibly huge disappointment to learn otherwise.

Susan and Dave said…
Hello Lise! I am new to your blog and appreciate all that you have written. I enjoy browsing through your posts and learning from you! At the end of this post you mentioned that propylparaben should be avoided on children under 3. Can you explain why that is? Thank you!
December 27, 2016 at 2:41 AM

LisaLise said…
Hi there Susan and Dave! Thanks for reading! The reason propylparaben is recommended avoided for children under 3 is because of the precautionary principle (as described in the blog post). It is - to my knowledge - ONLY the Nordic Swan folks who have placed this particular precaution on propylparaben.
December 28, 2016 at 1:06 PM