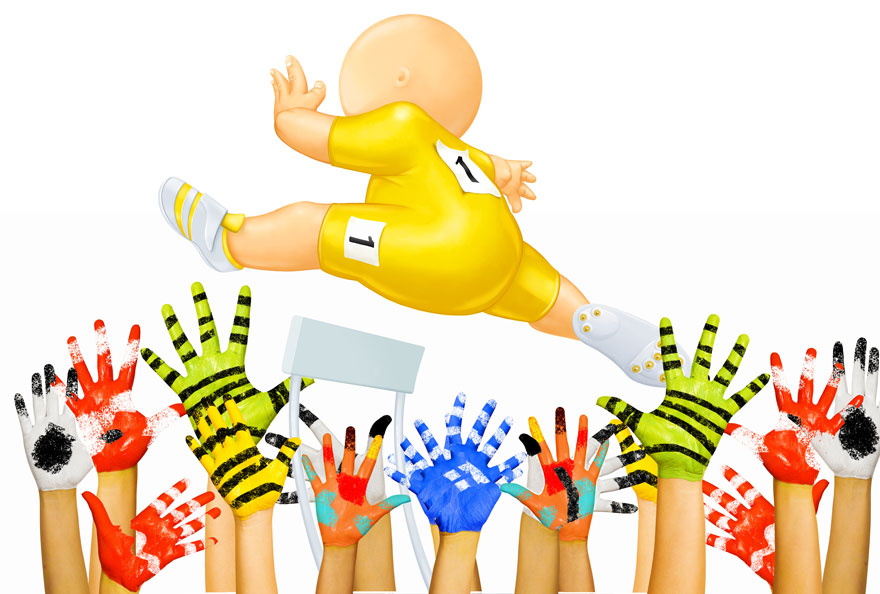 Ever since I started writing about my fascination with this subject, my research of it, and applying this method to my own formulations, an increasing number of you have asked me about Hurdle Technology. The whole idea of preserving cosmetics without using traditional preservatives is indeed a bit mind blowing.

Is it even possible?
Can be trusted?
Does it work?
If it really does work, then why isn't everyone using it?

Today, I'm going to do my best to answer your questions and maybe even provide a little food for thought (there's a pun in there you'll totally get if you read on)

It's "New", So it's Probably Safer to Stay Away

The very concept of self preserving or preservative-free cosmetics is completely foreign and frightening to the point of causing panic in some people.

I've seen warnings of doom and destruction tossed around some cosmetics-making forums like it's in fashion:

"OMG - where are the preservatives?! It'll NEVER pass challenge testing!! Not only that, but your product will probably poison everyone who touches it and cause an end to all life on the planet as we know it!!!"

Using 'nothing but a few hurdles' to preserve cosmetics is so unconventional that it seems like the impossible dream.

But it isn't the impossible dream.

Let's start with the most popular question you have asked me:  Is it really possible to make safe and effective self-preserving or preservative-free cosmetics that also have a long shelf life?

The short answer is yes.

The longer answer is: yes, but it comes with a whole bucketful of requirements, and these requirements are individual to each formula.

There is unfortunately no one-size-fits-all way of preserving cosmetics with 'hurdles'. It's a lot fiddlier than just replacing one preservative with another in a formula (although 'just' that can be a whole heck of a lot fiddlier than one might imagine).

... But the Industry Isn't There Yet

Hurdle Technology is relatively new (less than 50 years old) and has not gained noticeable interest (or application) in the cosmetics industry.

You: Aren't we being just a bit cocky thinking we know what the future of cosmetics preservation is going to be, Lise?

Now, don't get me wrong. I'm not saying it's going to be easy. There are numerous challenges. But I am convinced the industry has the ability to overcome these challenges and lift cosmetics production to the next level.

But first, there's a hurdle to overcome (pun entirely intended).

The industry has to get serious about setting its mind to it.

And while we wait for that to happen, let's take a brief look at where all these hurdles started in the first place.

Let us adjourn to the (industrial) kitchen.

Food preservation is certainly nothing new. Before the world had refrigerators, meats were dried, smoked, salted, etc to keep them edible until the next hunting season. As time has passed, canning, drying, freeze-drying, and pickling have become common food preservation methods.

In more recent years, vacuum packaging, slow-drying, and flash-freezing have entered the scene.

It is the food industry that is the birthplace of this 'new' method of preserving without preservatives.

Hurdle Technology has its beginnings around 1978, and from what I have been able to find, the term 'Hurdle Technology' wasn't even coined until several years later: around the turn of the century by a fellow named Leistner. (ref)

When you think about it, it makes all kinds of sense for an industry selling consumables to want to minimise waste and thereby maximise profit.

That's a win-win situation all around.

But despite the similarities one could draw between cosmetics and food production, there is a major difference between foods and cosmetics. When foods are unpackaged, the contents is generally used up within a short time.

With cosmetics, not so much.

Would you buy a jar of cream where the label said "Store cool and use within 5 days of opening"?

I didn't think so. (I wouldn't either)

Cosmetics are expected to last considerably longer than food and to stand up to all kinds of mistreatment as well.

After a jar of face cream is opened, it risks exposure to moisture and temperature changes (like, on a bathroom shelf), or exposure to unwanted bacteria (from users dipping their fingers into the jar), or gets carted around in a purse or suitcase for an undetermined amount of time. And we all expect our cosmetics to do so without changing or becoming spoiled.

It's a huge ask, and far more demanding than what a can of beans or packaged cold cuts have to survive from the time of opening.

Keeping a cosmetic product fresh for months on end after the seal is broken presents a massive challenge to formulators.

LisaLise's Use of Hurdle Technology

If you have followed this blog for a while, you are probably aware that I like a challenge. Testing the limits of both ingredients and production methods is one of my favorite ways of researching, learning, and discovering.

There have been an increasing number of trials and tests 'using just hurdles' in my own formulas. To level up the challenge, I've also been formulating with foods - even fresh food.

Of course, but there have been far more successes than even I expected, which makes it all the more fascinating.

Have I cracked the preservative-free code? For a few things, yes. For other things, still working on it (and enjoying every minute too!).

Judging from my own trials and tests to date, I am convinced hurdle technology is not only possible and do-able, but has a tangible future in the cosmetics industry. I'm also convinced the industry could do a bang-up job of making hurdle technology the norm.

There's just that one hurdle of mindset to overcome first.

Surely, that can't be a problem!

Are you a fan of the idea of self-preserving or preservative free cosmetics?

If you want to give preservative free cosmetics making a try, I've written a 'course-in-a-book' that is beginner friendly and doesn't require very many ingredients. Learn more right here.

More on Hurdle Technology in the Food Industry, Self-Preserving and Preservative Free Cosmetics

Some of these posts have links to more information, so if you're interested in reading more, do scroll down to the bottom of the post for more links.
Cosmetics Preservation: What is Hurdle Technology,  Cosmetics Business