What Vinegar Has to Do With Cosmetics 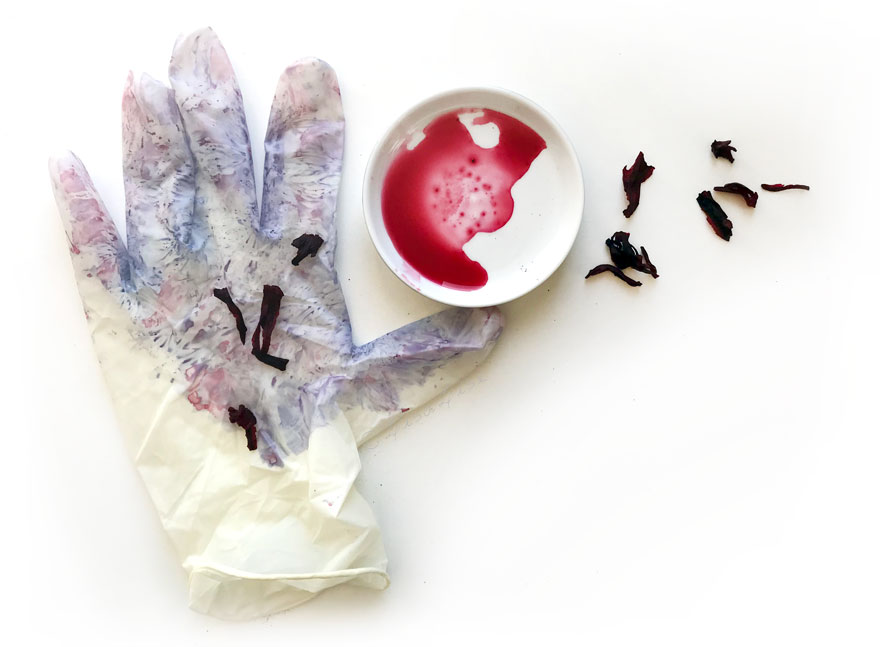 You might be shaking your head at this title, and I really don't blame you. Not too terribly many years ago, I would probably have scoffed a little at the idea of using vinegar in anything cosmetics related.

But before you dismiss this pungent liquid from your cosmetics ingredients list, let's take a closer look at some of vinegar's uses and capabilities.

Vinegar has been used for centuries for health and well being. You might have heard of the historically famous 4 Thieves Vinegar: a vinegar brew with a selection of carefully chosen herbs.

This herbal-infused vinegar functioned as an antibacterial guard for thieves during the plague. They made and doused themselves in the mixture to stave off bacteria as they robbed plague victims, and were quite successful.

When they were finally caught after a lengthy spree of robbing the sick and dying, the authorities were amazed they had been able to survive without catching the plague themselves and demanded to know their secret.

After revealing their recipe, they were subsequently executed for their crimes (find more in the links below).

I know you're curious, so here's what is claimed as the most historically accepted version of this magical concoction.


The method was described in few words. Add ingredients to liquid and allow to brew for 7 days, then strain.

I couldn't help but smile at the lack of continuity of these measurements. Ounces, grams and 'handfuls'.

Nonetheless, the combination of herbs with this common liquid has been the basis for several beneficial uses throughout history.

Among other things, it has been tested and studied as an antibacterial agent that helps aid wound healing. (links below).

It has been common knowledge for ages that a vinegar rinse helps remove the last bit of shampoo and provides a healthy shine to the hair.

And if you check the link below to the Korean Institute of Science and Technology, you'll find vinegar has shown promise as a hair-growth-boosting ingredient in a study (using rodents).

It's quite fun to see science catching up with grandma's old haircare tips, wouldn't you say?

In this day and age, vinegar is just as useful and multifunctional as it has always been. There are numerous bonuses to working with vinegar. Not only is it widely available, but it can be made from a plethora of sources and is so pocketbook friendly, you can allow yourself to splash out a bit in the experimenting department.

We're going to be looking at vinegar as a component of cosmetics in coming posts, but instead of just pouring it straight out of the bottle, we're going to play around with it a bit first. We're going to bend and transform it into a colorant, fragrance (yes, you read correctly), pH adjuster, and even more.

Which brings me to the picture above. That, my friends, is one example of vinegar transformed. What you are looking at is the aftermath of a hibiscus-vinegar squeezing pH performance of multicolored magnificence that demanded to be photographed and shared with you.

How could I say no to that?

Have you ever used a vinegar hair rinse? Did it make your hair shiny?

More About Topical Use of Vinegar

Unknown said…
I've never had vinegar work as a hair rinse, it leaves my hair like straw. Ditto for a few of my friends.

Ilhem Ourabah said…
Hi Lisa! I use vinegar to rinse my hair and it makes them soft and shiny. There's the Queen of Hungary's Water too and I found a formula I want to prepare and probably adapt. Maybe it could be a good ingredient for a toner.
September 16, 2018 at 7:07 PM

LisaLise said…
Hi NaturalBathandBeauty - oh interesting! Thanks for sharing this. I don’t believe I’ve heard anyone say it didn’t work for them. I now have a zillion questions and am wondering about your hair type and cleansing routine. If you are willing I’d live to hear a bit more in detail about how you tried it.

Wish said…
You thrill me, woman! :D
Vinegar and hibiscus! This is toooo interesting can't wait to see what's coming!
I have used vinegar on my hair as well as on my daughter's. I have the SADDEST history of hair (and SADDEST present too) but vinegar worked nicely for me. Makes me wonder why i didn't continue :o
September 29, 2018 at 12:08 AM

LisaLise said…
Hi Wish - Vinegar is really a multipurpose ingredient for cosmetics - more so than one might imagine.- Stick around, there are a few fun uses of vinegar in cosmetics coming up! :)
October 1, 2018 at 1:27 PM

For the commentator whose hair is dry after using vinegar... this happened to me at first! It was because I was using vinegar straight and not diluting it with water.

Now that I worked that kink out for myself, I've been using vinegar to clean my hair for almost a year. I like to mix essential oils with it, and I also like combining it with things like hibiscus, horsetail/shave grass, aloe powder, slippery elm, and marshmallow root. And sometimes, honey or glycerin. It makes my hair clean and shiny, but one thing it doesn't do... is encourage the ringlets. But I'm working on an emulsion of coconut oil and e-waxes that I can dissolve, a little at a time, into my rinses at the time of use for just a little more moisture.
December 12, 2018 at 8:11 AM

LisaLise said…
Hi Sarah - Thanks for sharing this. Forgetting to dilute the vinegar could indeed be a mistake some people make. Your blend of herbs and vinegar sounds lovely! I hope you achieve your perfect blend with the conditioning project. It sounds like it could be a winner.
December 12, 2018 at 11:10 AM

Febe said…
Vinegar infusions intreague me. I’ve made a blueberry and a pomegranate coconut vinegar infusion. I want to use them in May lotion formula and adjusting the pH in the end. Have you tried replacing all the water in a lotion with a vinegar infusion? Can that be done? With the emulsifier still emulsify? It’s not water and it wouldn’t need a preservative, right?? Any thoughts on that?
February 6, 2019 at 7:32 PM

LisaLise said…
Hi Febe - You ask great questions! I have not used entirely vinegar as the water phase of an emulsion so that one just made my 'to do' list. You would in all likelihood still need a preservative if you did that because vinegar has water content, but you could always try and make a small experimental batch for observation and testing to see how it behaves. :)
February 8, 2019 at 11:18 AM

twisttoskin said…
That video was killer, thank you so much for sharing. I had a basic question in making herb infused vinegar.If I want to infuse dried nettle in vinegar, should i be leaving it sunlight for infusion like infusing herbs in oil.

LisaLise said…
Hi twisttoskin - I have never used any heat with my vinegar infusions (but have admittedly had a few standing in a sunny room) so your question is a good one! I normally leave at normal room temp and more often than not my vinegar infusions take place in a cupboard. Hope this helps!
May 20, 2019 at 8:58 AM