Why Glycerites Need a Preservative 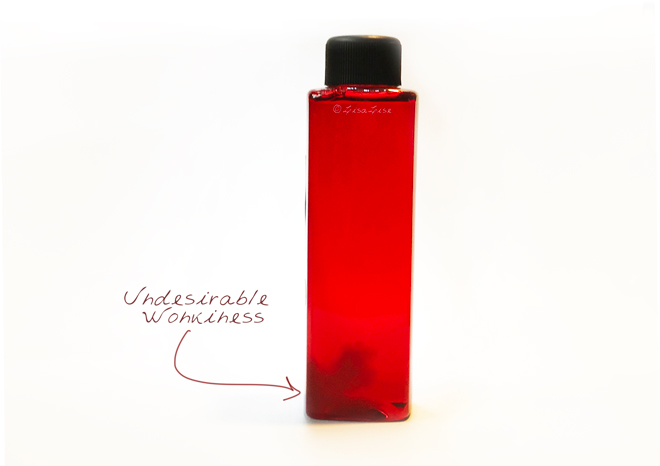 After making scads and scads of glycerites using both fresh and dried foods & herbs as well as numerous powdered materials, a few things have become clear.

If given half a chance, bacteria and mold will set up camp, invite their friends, and party up a storm in your mixture.

Pictured above: a prime example of what you don't want to experience in your glycerite. Note the bright color. The glycerite still looks fresh. It isn't until the bottle is backlit the problem becomes evident.

This particular glycerite still smelled OK. One could be tempted to believe the shadow at the bottom is nothing more than a bit of residue that had slipped through during filtering.

This is not residue.

Residue will settle at the bottom and disperse at the slightest movement of the bottle.

What we have here, ladies and gentlemen, is undesirable wonkiness.

But Glycerine is a Preservative, Right?

Even though glycerine can function as a stand-alone preservative, it depends on several things


And there are even more things that factor in, but I think you get the idea.

Also - and this is an often-overlooked biggie for home crafters - following Good Manufacturing Practice plays a crucial role in whether or not a glycerite will be a success (link below to more info).

And just to be clear – bacteria and mold growth does not look the same in every mixture. Here's another example: 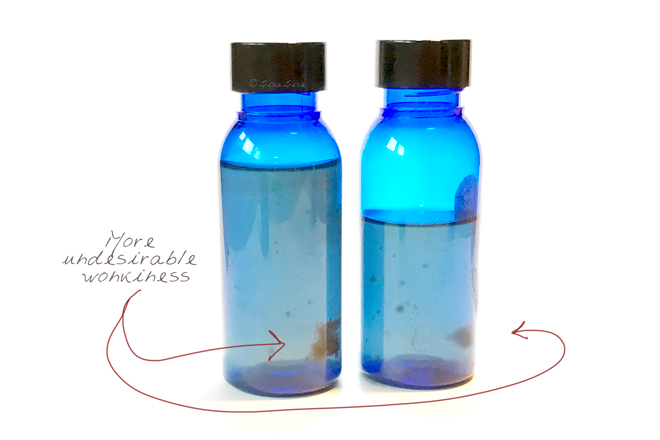 This carrot glycerite did not change color, but the visible growth and an undeniable change in scent was the giveaway: a bacteria party had totally trashed the place.

Why All This Wonkiness?

There is a reason I'm showing you yucchy bacteria growth. I've been testing the limits of glycerine's preservative power since last year to find answers to some of the unanswered questions in this post.

Why? Because of my insatiable curiosity to find answers to unanswered questions. And also so I could give you the best and most complete info in an upcoming publication I am working on.

More on that soon.

Some Glycerite How-to's on this Blog and Other Glycerite Stuff

Love to follow and read your articles. Question, what is the best preservative to use when making glycerites? Will preservative K or 12 do the job?