The 2016 Self-Appointed Deodorant Challenge in Review 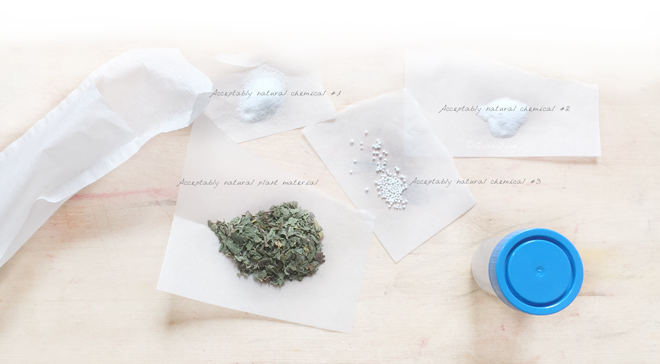 It's (already) the last month of the year – time to look back and take stock of what's been going on.

This first peek at some of my 2016 activities has not been documented much on this blog – partly because this project is not a success story. Yet.

To be honest, it has been batch after batch of tests and many fails.

But did you notice I said 'yet'?

That's because I haven't given up on this idea.

Above: some carefully selected ingredients
The Object: to combine them into an easy-to-make, functional, DIY deodorant.

The white ingredients are 'acceptably natural' (read: what folks who aren't used to working with INCI names would most likely feel comfortable working with).

This deodorant is to be packaged in a roll-on container and made by the end user. And although there have been numerous fails, there are also some successes.

Here's what is right so far:

What's missing? The deodorizing action is just not good enough.

But hey, the herbs are perfection! Here's a peek at the process of finding the right ones. Each test batch was done in lots of 4.

Because of the amounts of beakers in right sizes in my stockroom. Here's how it started:

A series of infusions were made to find the right combination of scent, compatability, stability and color. Each batch was labelled, dated, tested and observed through Spring and Summer of this year. 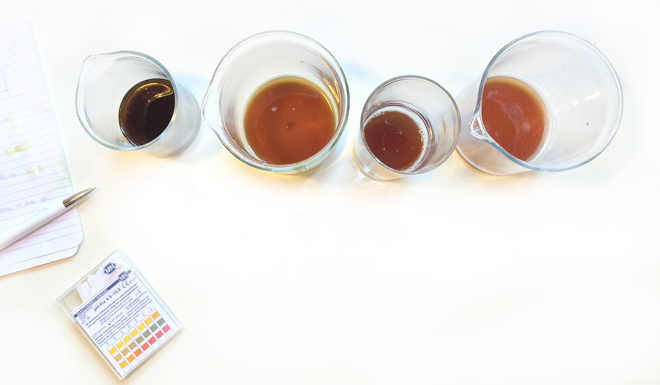 Here's batch 2.. or 3.. or maybe 4 (photos were snapped along the way and thrown into a folder that got quite full.)

Color, stability, and pH were examined for each batch.  Each batch was tested regularly. 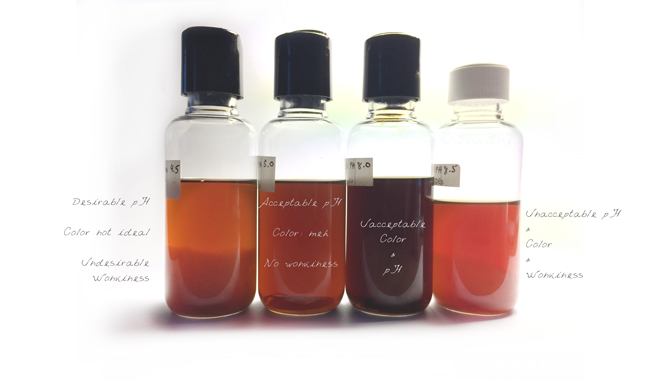 Here's a peek at one of the batches with a few notes on the picture of what is good/bad with each mixture. Note the bottles on each end: unwanted growth and wonkiness in the bottom of the bottle. 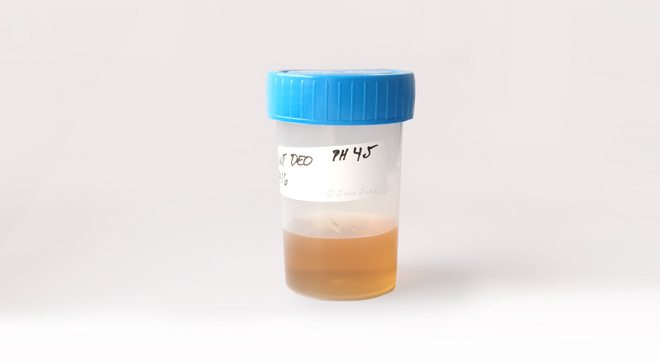 Here's the final herb choice. This blend has been stable, has a pleasant 'unisex' scent (complete with hubby approval), and has an acceptable color that doesn't stain. I would have preferred a lighter shade, but as this doesn't stain and is to be packaged in a roll-on container, I've decided to forgive it the 'weak tea' color.

This photo is from September, so the mixture has been behaving quite nicely for a numerous weeks now.

I've started a new series of tests with some additional ingredients that may or may not work. If I crack this any time soon, you will be the first to know.

Have you ever been so stubborn about getting something right that you refused to give up? I'd love to hear about it in a comment below.

Gwen said…
You've been testing your deodorants a bit longer than I've been tinkering and testing my hair mask.

With the ingredients, I'm using and the fact that it will be washed off before touching clothing, there's been no point in getting hung up over color. (hemp, aloe, Matcha, yes, I'm making a green zombie-ish mask)

However.....I am struggling with the viscosity and texture that I want. The goal was to make it anhydrous because the H20 wouldn't add anything beneficial, but ugh, it's either rock hard or, adding more oil, incredibly slimy and hard to wash out. I'm exploring other ecocert options that in combo with H20, will add something. The outcome is good so far; the process needs to be more user-friendly.

It's really interesting to see how you work through this process, thank so much for sharing it with us!
December 16, 2016 at 12:37 AM

LisaLise said…
Hi Gwen - Your hair mask sounds fascinating (and very challenging!). It amazes me how much time some things take to get right. And when you finally do get it right, it all seems to be so simple and straightforward. Best of luck with it. You will get it right, because I can tell you are just as stubborn as I am :)
December 16, 2016 at 12:46 PM