Do You Tattoo? Then This is for You. 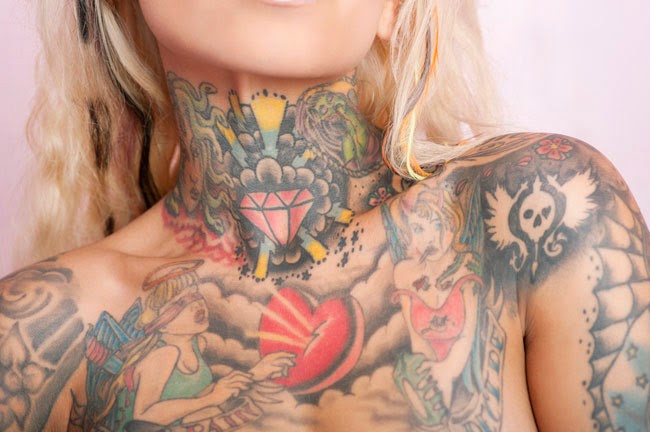 Having a tattoo transforms the skin. Not just because the skin is decorated, but because it is continuously punctured – invaded with needles and ink. I've noted several tattoo artists (and folks with tattoos) refer to freshly tattooed skin as 'a large open wound'.

How Does Yours Heal?

After talking to numerous folks about their tattoos and after-tattoo skin regimen, I started studying the after-tattoo treatment products on the market. Surprisingly, the choices are pretty limited. All I could find was creams – all featuring panthenol.

The thought of having to rub anything onto 'a large open wound' sounds a little unpleasant to me.

Even though I've never had a tattoo myself, understanding how having ink done affects the skin and how it subsequently heals captured my interest about a year and a half ago.

I started asking people about their tattoos. Everyone I spoke with was helpful and informative.  They all pretty much told me the same thing: 'yes, it's uncomfortable putting on the cream, but it's part of the price you pay for having a tattoo.'

Out of my research and the helpful feedback I got, Tattoo Soothe Panthenol Skin Mist was born.

Over the past year, testers have quietly been recruited – one by one. A couple of these include tattoo artists in the Copenhagen area.  So far, everyone has given this product an enthusiastic thumbs up.

Some comments:
"I've never seen my skin heal this fast after a tattoo"
"This is much more comfortable and easy to use than a cream"
"This works faster than anything I've tried before"
"Even a small portion lasts for a long time"

The testers are pleased.

There's only one thing left to do: a giveaway! That will be coming up shortly. Stay tuned!
Meantime, I'd love to read your comments about your tattoo! How did yours heal?
28.2.14
Labels: Product Development