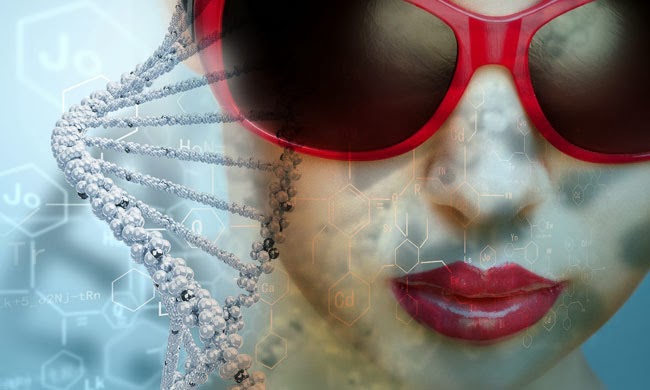 Just as the fashion industry has trends, so does the personal care industry. Despite what you might think, white-coated cosmetic scientists can get just as excited about working with new ingredients as fashion forward make-up artists get about next seasons eyeshadow shades.

A mere whisper that lab tests indicate a certain effect of a tested ingredient can escalate it to star status and have everyone scrambling to be the first to introduce it in their next wonder product.

Ingredients can be hot – or not.

Last year, the proclaimed 'it' ingredients were polymers and surfactants.

Now, before you get all excited (or all nervous), let's briefly do the nerd thing and have a super quick look at what polymers are and what they can do.

A polymer is made up of smaller repeating units known as monomers.
Monomers are single protein molecules.

It's easy to remember actually:


Polymers Can Be Either Or

Polymers are often associated with plastics, but this is only half of the story. There are both natural and synthetic polymers – and they have a wide variety of properties and uses.


What do Polymers do

Polymers have multiple functions. In personal care products, they can be

That means you will find polymers in everything from your lipstick to your hair gel, cleanser, shampoo, skin cream, and even toothpaste. The fact that they are so versatile means they are also abundant.

If you combine synthetic polymers with abundance, you have a reasonable cause for environmental concern.

Synthetic polymers are an increasing cause for concern due to their lack of biodegradability. In 2013, a national Danish TV station aired a consumer awareness program (called 'Kontant') that revealed content of up to 10% plastic in some personal care products after their tests. The program kickstarted a public discussion covered by national newspapers as well as bloggers (link to one newspaper article below).

The environmental concern is understandable and real. Methods of reduction, reuse, and recycling need to be developed and implemented.

Luckily, it is beginning to look like the development of 'green polymers' that will enable sustainable manufacturing is also trending.

In January of 2013, an article in Cosmetics Science revealed a new polymer discovery. This synthetic 'nano-rope' polymer called polyisocyanide can mimic the 'winding structure' of natural proteins. Only a very small amount is needed to create a gel. Less than one gram in a bucket of water is enough to create a stiff gel. Polyisocyanide is being described as a 'super gel' and is expected to find its way into many products and several different uses in the coming years – including cosmetics.


The One Synthetic Polymer I Can't Replace - Yet

For years, I have been trying to find the perfect plant-based gelling agent for a few of my gel-based products – one with sufficient staying power that also 'melts away' without leaving a sticky residue when applied to the skin.

After trying carbomer (which is not plant-based), it became the standard by which all others I worked with were measured. For a short while, it looked like I had found a suitable replacement in Konjac Glucomannan, but alas, after several tests, it lost out to carbomer. I wrote about the testing and results here.

This doesn't mean I haven't given up. With biopolymers gaining ground, I'm sure it's only a matter of time before we see a 'bio' version of carbomer.

I'm hoping for sooner rather than later!