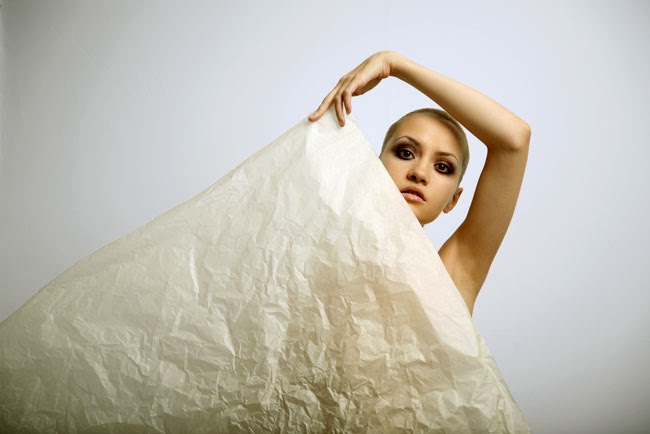 Our skin is built up of many layers that are all fascinating to get to know, but today we're 'just' going to scratch the surface – the outermost, protective layer – also known as the acid mantle.

The acid mantle is a fine film on the skin's surface that functions as a barrier. The pH of this layer is on the acidic side – more so than previously believed – but we'll get into that in a minute.

The advantages of having an acidic layer are all down to protection – keeping bacteria at bay and shielding us from viruses and other potential contaminants.

A 2001 study showed that women have a significantly lower skin pH than men. So much so, the study concluded that "comparative studies on skin surface pH should be balanced with respect to gender". So, prior to what was previously believed, creating a pH-friendly skin care product that is equally suitable for men and women is always going to be a pH compromise.

Through the years, I've seen many companies advertise the 'skin-friendly pH' of their products directly on the packaging – usually listed at around pH 5.5 - 6.0.

We now know that this is pretty far off the mark.

The International Journal of Cosmetic Science states the natural pH of the surface of skin is on average below 5 – more specifically around pH 4.7.

How Could They Get it So Wrong?

It all comes down to the way they previously tested – not so much the method of testing as the timing. To measure the correct and natural pH of skin, it has to have been out of contact with water, cleansing agents or anything else for many hours.

Our skin reacts immediately to the pH of what it comes into contact with. For example: when we bathe or shower, we are exposing our skin to the (more or less alkaline) pH of soaps, shampoos and shower gels. We then rinse off with a neutral pH (water has a pH of about 7.0).

Just washing your face or bathing raises the pH of your skin measurably.

So, if a persons skin is tested for pH shortly after that person has bathed, the pH is going to measure incorrectly.

That's how they could get it wrong.


Knowing this, it suddenly makes sense why:

More about the Chemistry of the Skin

Anna-Vera said…
This is really interesting. Does having properly pH balanced skin help to keep it healthy? Or is it really not an 'issue' (as it were) for the skin to re-balance on it's own.
What I mean is, are there any adverse affects to just letting the skin re-balance in its own time (for example after showering or washing your face)?
October 9, 2013 at 10:35 AM

LisaLise said…
HI Anna-Vera - Properly balanced skin is obviously going to 'feel better' than imbalanced skin, but I am loathe to claim that it is measurably healthier.

Allowing the skin to return to it's natural state on its own is pretty much what we have been doing for the past many years. Adverse effects can be things like: drying, itchiness, scaliness.

People who experience their skin feeling taut after washing are categorized as having dry skin. I used to be one of these people (and probably still am), but because I always end my bath and face washing with a skin tonic or skin drench, I don't get that taut feeling.

Rebalancing my skin helps me completely avoid that 'dry-feeling'. I guess you could call that healthier in some respects. Does this answer your question?

Colin said…
I have always been a bit vague about whether pH is even a meaningful concept when it comes to the skin. Given that a lot of it is in the form of liquid crystals which vary in their polarity depending on where you look, presumably hydrogen ion concentration varies from place to place as well.
October 9, 2013 at 5:42 PM

LisaLise said…
Hi Colin - I must admit my focus on the pH of the skin has grown out of the research I have been doing on the effects of sodium bicarbonate on the skin in DIY deodorants. The study I mention in this particular post did open a door or 2 as to my own personal experience though. The pH of a product that is compatible with the skin's own pH must certainly make for a better, more 'skin-readily acceptable' product. Wouldn't you agree?
October 9, 2013 at 6:29 PM

alicyn said…
thanks for another informative post! did any of the articles have a theory/reason for why men's and women's acid mantles have different pH levels?

also, what are the skin's mechanisms for re-balancing pH? could leaving the skin too far from normal be analogous to the problem of stripping skin of its natural oils and then being hit with excess oil production?
October 11, 2013 at 6:48 PM

LisaLise said…
Hi Alicyn - you always ask the best questions! The articles didn't offer any theories as to why mens and womens pH's differ - only that it was an interesting discovery. I'm guessing someone will pick up on this and continue studies.

As to the skins mechanisms for rebalancing the pH - this is something I will need to look into in order to answer you properly. I will try not to take as long as I have taken before!
October 13, 2013 at 6:34 PM