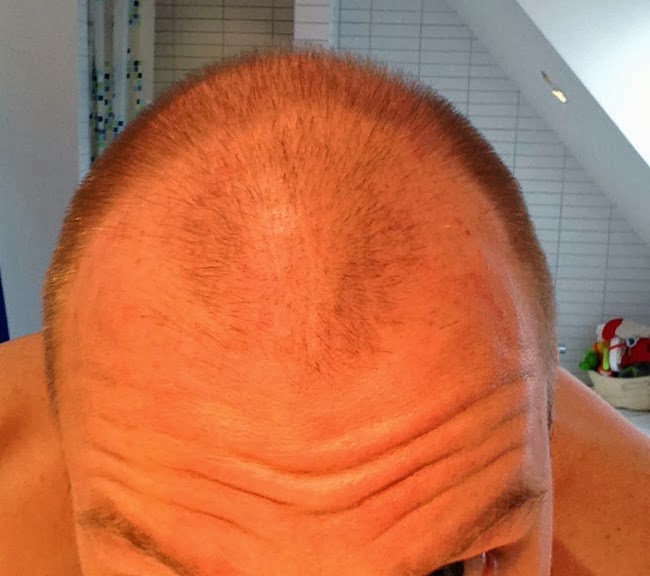 This is Mr. Bee's head – photographed at the end of January of this year. Mr. Bee is 30-something and otherwise healthy, but I think we can agree there is a visible thinning of the hair.

Mr Bee has been testing my hair and scalp boosting product – Stuart's Formula – since taking this picture.  He has also been doing the 30 second head massage daily (or "as often as he remembers") for the same time period.


Life Got in The Way

Although the plan was to take bi-monthly photos, one thing after the other got in the way (life does have a habit of doing that, doesn't it?).

Recently, I received his updated photos.

Below is Mr. Bee's head - photographed in October. Although matching the lighting is always a challenge (I asked him to rephotograph several times and he patiently obliged), I think there is a visible difference in hair density – Mr. Bee says the difference in the light makes it impossible to tell for sure. 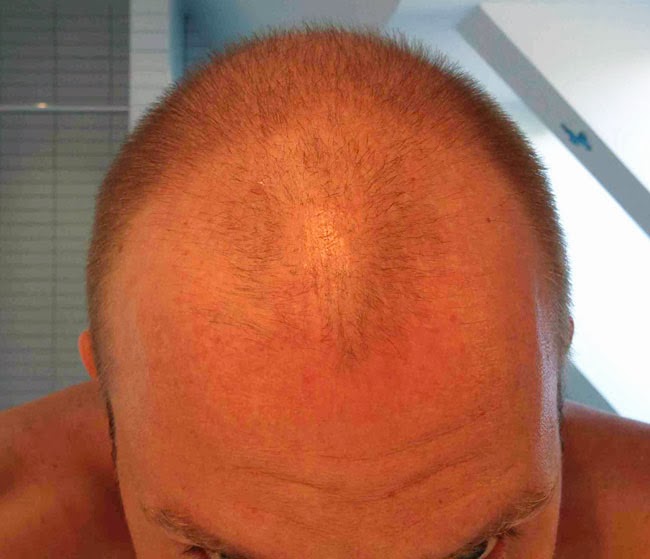 Mrs. Bee, who has avidly been following the progress, reported back to me after the first month that she could already see a difference in hair density. Mr. Bee, although not quite as convinced as his wife, has indicated that he is interested in continuing with this product. He also offered this feedback:

We shall continue this case study – I hope to be able to update a little sooner than 8 months next time.


More Related to this Case Study