An Exchange About Baking Soda Deodorant

I thought this particular exchange would be interesting to share for 2 reasons.
1. the person who wrote this comment kept a civil tone
2. this person not only makes, but sells a deodorant that risks the health of anyone who uses it 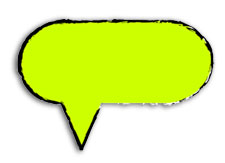 I'm sorry to hear about all the unfortunate ones who had mishaps with deodorants and/or baking soda.

From my soap making business, I've have had nothing but amazing positive feedback from everyone except one person who has used my deodorant, which is made from only 4 ingredients: 50% organic cold-pressed virgin coconut oil, 25%arrowroot powder, 25 % regular A&H baking soda and essential oil.

Turns out the one person who had the reaction was rubbing it in too vigorously and the grain was irritating her skin. She took a months break and tried it again and it was fine.

It's too bad you're giving deodorant with baking soda such a bad name because it (in the words of my customers) has been a miracle deodorant for them! Probably the people who had bad reactions were not doing enough research and mixing it with less effective ingredients.. And, quite possibly, rubbing it in too vigorously as well!

People certainly shouldn't be experimenting randomly with ingredients until they do a ton of research from different sources, research individual ingredients themselves and then use common sense. 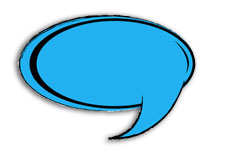 Thanks for your input. I have heard from many people who have had all kinds of reactions to baking soda deodorant bought from DIY'ers who sell their products online, some react almost immediately after use, some don't react until after months of use.

I am quite certain you mean well, but unfortunately, every DIY'er I have come across selling baking soda deodorant is doing far more damage than they realize.

There are several things that concern me with what you write.

1. You write that your deodorant has 25% baking soda in it. This at least 24% too much. According to your listed ingredients, there are no pH adjusting ingredients in your recipe. If your deodorant recipe is as you write, then you are selling a product that risks causing all kinds of skin reactions and problems, and is probably doing just that.

3. You write people shouldn't experiment randomly with ingredients until they do a ton of research. I absolutely agree with that. If you had done the research, you would not be making (and selling!) your product with such a dangerously high amount of baking soda in it and without any pH regulating ingredients. My guess is you are not getting any complaints because people are looking elsewhere for answers after they have gotten a reaction to it.

4. You have chosen to remain anonymous. This indicates to me that you are not willing to stand by what you write.

Please have another look at your recipe and consider taking it off market until it is safe for use. If you were a registered cosmetics company, it would most certainly not be approved for sale.

LeKenda said…
Wow! 25%? I think in the effort to create something all natural a lot of people fail to realize that this is a true science. I also think in an effort to make a little money, people make something in their kitchen without all the considerations of the formulation and the manufacturing process. I cringe whenever I see someone selling a product with a significant amount of water in it and no preservative. I also laugh whenever I see someone report that they have search all around to find the "best raspberry essential oil". I guess they did.

And to Anon who says "they probably rubbed to vigorously" then I say this: When formulating a product one must consider the customer's use AND misuse of a product.
July 27, 2013 at 12:12 AM

Jess said…
Well said. I have trained to use acid peels, and baking soda is commonly used to neutralise the acid layer. Generally, the baking soda would not be on the skin for more than half a minute. This is because the baking soda has just a dramatic effect upon the skin's acid mantle as an acid peel does. I would never advise anyone to use baking soda products on their skin.
July 27, 2013 at 12:33 AM

LisaLise said…
@LeKenda - Thanks for your input. You're absolutely right about some of the 'information' that is available (like raspberry essential oil!). I cringe at recipes containing water and no preservatives too. It really is a bit of a jungle to wade through when searching the web for information. No wonder some people take a wrong turn once in a while.

@Jess - this is really fascinating info! It sounds very logical to use baking soda to counterbalance an acid peel. Can you tell me how it is used? Applied as a paste or sprinkled on?
July 27, 2013 at 6:35 PM

Susan Barclay-Nichols said…
I find it interesting that the blame is put upon the user for using the product wrong instead of looking at the possibility that the product might be to blame. (It reminds me of the faith healers - if you're still sick, you didn't pray hard enough!) I find this happens a lot with inexperienced formulators or people who want to use kitchen products as beauty products. ("If using baking soda to wash your hair isn't working, then you're doing it wrong because it worked for me!") Thanks for sharing good information with your readers!
August 3, 2013 at 8:57 PM