Royal Jelly and the Logic of Beauty 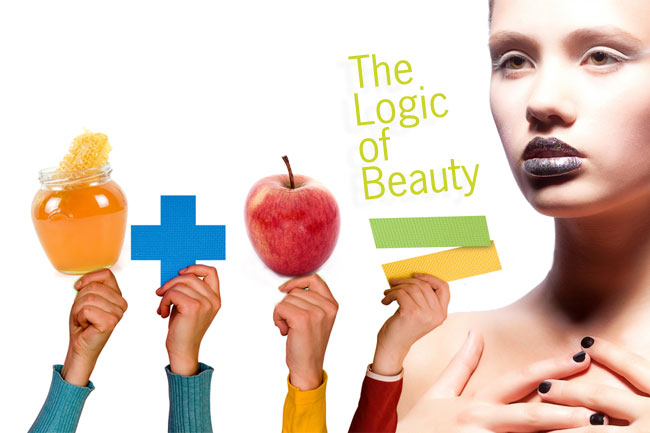 A lot of skin and hair care ingredients (not to mention vitamin supplements) subscribe to a similar logic.

The A + B Equation

The logic is quite simple (making it a breeze to market and sell).

If A = Good and B = Better
then
A + B must surely equal Off the Charts Fantastic.

But is it correct?

Sometimes, But Not Always

I found a few surprising things when I started checking out royal jelly – an (incredibly pricey) ingredient that had a starring role an eye serum I developed not long ago.

Ok, I'll come clean. I didn't research it first. I bought it 'blind' because it became available from one of my regular suppliers and I was curious to give it a whirl.

Here's what caught my attention:

Royal Jelly is Fit for a Queen

Royal Jelly is bee food – secreted from worker bees and used to feed larvae in a bee colony. If the larvae are among 'the chosen ones' (destined to become queen bees), they are fed royal jelly, while larvae chosen to be drones or worker bees are fed something else less exciting (worker jelly?). On a bee scale, royal jelly is prime quality, top-of-the-line goods. 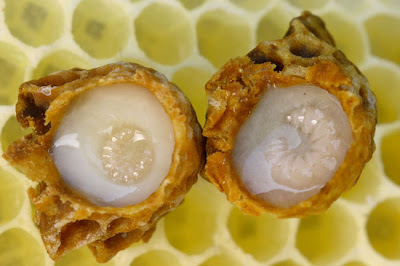 Royal Jelly Has Loads To Offer


Royal jelly is packed with water-soluble vitamins such as B6 and B5 (also known as pantothenic acid), some C-vitamin, amino acids, trace minerals and some enzymes. Because of this extensive list of goodies, royal jelly is claimed to have anti-aging properties when used as a skin care ingredient, and revitalizing properties when taken internally.

And Then The Research Started

I must admit I expected to find slew of studies and documentation on how effective royal jelly is at scavenging free radicals (as it is claimed to do), and why it functions fantastically as a magical anti-aging ingredient.

It would appear the numerous claims about royal jelly's fabulous properties for skin care are the result of  'A + B' logic.

For generations, both the Russians and the Chinese have sung the praises of royal jelly's capabilities for a number of applications. And although believing is a wonderful thing, neither of them seem to have any evidence to back their claims.

I couldn't find a single study.

Despite concentrated digging, I found a very limited amount of studies on royal jelly. One study concluded that royal jelly outperformed honey and propolis and 'significantly improved recovery' of oral mucositis (link).

Another (ongoing) study is looking at the effect of a new product using royal jelly and panthenol for healing diabetic ulcers. (link)

I can't help wondering if the lack of evidence could in part have been due to a language character barrier (read: can/does/will Google automatically find sites with cyrillic and asian characters from a western language platform). I am aware that China 'has it's own internet' of sorts, so this might be part of the reason...

There is a 'minor', but nonetheless very important, downside to royal jelly: if you are prone to allergies, or are allergic to bees, using products with royal jelly may cause allergic reactions.

As much as I would love to join the Russians and Chinese in praising royal jelly for its fantastic free-radical scavenging, skin-loving magic, all I have to go on from using my own Eye Serum with royal jelly is:  'it feels lovely'.

But then, so do my other eye serums.

Has the Royal Jelly Eye Serum I have been using over the past 3 months made any noticable difference? I'd honestly have to say no.

I will readily admit that this may not be an entirely fair judgement on my part. After all, 3 months may be too short a span of time, but weighing the price of the ingredient against the rather underwhelming results leads me to this conclusion:
Even though royal jelly is top-of-the-line prime quality stuff for bees, it doesn't necessarily 'translate' to magic for human skin.

Have you ever tried a product with royal jelly? Did it make a difference for you?

Jesus-in-the-city said…
I saw it in the health food store a couple of months ago in the fridge section and REALLY wanted to try it! Maybe for a scalp concoction or just as an added boost in our green smoothies, but honestly, the price was SO expensive, I could foresee a very stern talking to by hubby if he saw the price, so I passed it up.

I still glance over at it at times when I pass by in the market. I am usually someone who can be persuaded by a pricey tag if the benefits of something are good enough and my interest is piqued, but royal jelly is REALLY expensive! Glad to hear about your experience! Maybe just stick to high quality, raw honey?

I think you will find that Royal Jelly is documented as beneficial for internal use. When I was looking for studies for topical use when, I kept running into studies where they tested for internal use.

But, yeah, pricey is the key word here. You have to weigh up how much benefit as to the cost of the product...