Welcome to the third and final post in this mini-series on skin lightening ingredients.
What sparked this off was a couple of things.

How a Skin Lightener Works

Contrary to what one might think, a skin lightener does not bleach the skin. Instead, it tries to prevent the skin from producing melanin (read: take on any color as skin normally does when exposed to sunlight). A skin lighteners foremost function is to slow down or stop the enzyme that causes skin to color. This enzyme is called tyrosinase. Therefore, a skin lightening ingredient that works well is what science refers to as 'an effective tyrosinase inhibitor'.

Today we're taking a look at a few tyrosinase inhibitors that are (or have been) commonly used in commercially produced skin lightening products.

One of the questions I received included a concern that 'hydroquinone may cause cancer'. From the information I have found, it looks like this concern may indeed be warranted. Hydroquinone is an effective skin lightening agent, but it can also cause sensitivity in the skin, thinning the skin and damaging collagen.

Europe banned it for use in cosmetics in 2001. The FDA initially approved hydroquinone, but revoked this approval in 2006. Their reason: studies showed that it could not be ruled out as a potential carcinogen.


Cosmetic Scientist Colin Sanders says this about hydroquinone:
"Used in creams at between 2% and 4% it (hydroquinone) both lightens the skin and risks permanently damaging it. Skin lightening creams have been effectively removed from the shelves in the UK and I believe in most of Europe as well. But it (hydroquinone) continues to be used at much lower levels in hair dyes, where it is perfectly safe."
(read his entire posting here)

This is a plant-based active that is pointed to as 'a safe alternative to hydroquinone'. Arbutin sources include the leaves of blueberry, mulberry and bearberry plants, pear skins and wheat. Arbutin is categorized as alpha-arbutin, beta-arbutin, or deoxy-arbutin, and each one offers melanin-inhibiting properties that are passing initial safety tests. The most effective (and most favored) of the 3 is alpa-arbutin.

An in-vitro test result from 2004 showed positive results (although in-vitro means 'in a test tube' and not on a live subject). This test in 2009 showed that it was effective at skin lightening when tested on guinea pig and human skin tissue (but still, no live subjects).

There is some controversy about arbutin. It is described as both cancer-inhibiting and as a possible cancer risk. With conflicting information like this, it may be a bit premature to hail arbutin as the perfectly safe alternative to hydroquinone. Until they come out with some more test results, we can't be 100% sure (but then, can we ever be 100% sure of anything?)

With its roots in the production process of sake, this controversial rice-based skin-lightening active has (through some research) shown to be effective at inhibiting melanin production (so far so good), but it is also readily absorbed and distributed to all organs (definitely not ideal behavior).

The jury has been out on kojic acid and came back with a less than positive review:
The European Scientific Committee on Consumer Products (SCCP) released this opinion on Kojic Acid in 2008 after numerous tests:
"Based on the information provided, margins of safety of respectively 35 (face and hands), 58 (hands) and 88 (face) have been calculated suggesting that the use of Kojic acid at a maximum concentration of 1.0% in skin care formulations poses a risk to the health of the consumer. In addition, other parts of the skin might be exposed to Kojic acid. Kojic acid has the potential to induce skin sensitisation."
Read the entire report here 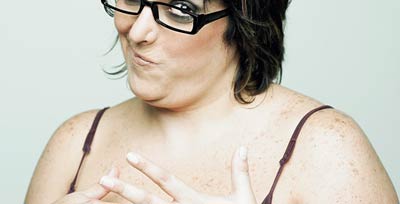 All in all, skin lightening is a tricky business – to be effective without doing damage is the ongoing challenge. As the results showed in my own product, there was some difference in skin tone, but nothing earth-shattering or major to be seen in the way of making pigmentation spots disappear. On the other hand, there was a lessening of fine lines and a general 'freshening' and 'brightening' of skin tone. As I have no experience with commercially made products, I am not sure how effective they are (or how much potential damage they can do). Personally, I would have more faith in a product prescribed by a dermatologist than an over-the-counter product.

The other posts in this mini-series


Have you ever tried a skin lightening product? Did it work for you?
29.8.11
Labels: Ingredients