Are Parabens a Lost Cause?

Parabens have been in the doghouse for too long. It's not fair. I almost feel like carrying a protest sign around, except there's nowhere to carry it .. well, maybe right here. I fully realize I am going against the tide of the times and spouting a wildly unpopular idea but seriously – can we put some facts on the table and a bring out a little thing called common sense for just a teensy, brief moment, please??

Fact: Parabens are some of the safest, most tested, and most effective preservatives on the market. They've been around for over 40 years and are even approved for use in foods.

But something happened. In 2004, four parabens were targeted due to suspicions of possible hormonal interference.

The responsible reaction to these initial suspicions would be to test and double test and find out if it was true. Guess what? That's exactly what happened. The targeted parabens were subjected to in-depth testing.


Now, while all this testing is ongoing, does any authority (in any country – anywhere) pull parabens from the market? Not to my knowledge.

Here's a wild and outrageous thought: maybe – just maybe – the indications of possible danger from these preservatives wasn't enough to warrant pulling them from the market – even while testing was ongoing.

An alternative explanation could be that the authorities of every country in the world got together in an emergency secret meeting and agreed that parabens should be left on the market so they could all make money, or poison us all, or something else equally malicious.

Now, back to the real world...


In Dec 2010, two of the four tested parabens were pronounced safe by the European Scientific Commitee on Consumer Products (the other 2 are still being studied). The good news about the 2 approved parabens spread quickly.... nowhere – at all. I barely heard about it myself – and I was awaiting the results with interest. Meantime, the misconceptions and irrational fear about the dangers of parabens continues to grow.

But Hey, Why Bother With the Facts?

Is it because it's easy to spell and pronounce parabens? Maybe that's why the EWG Skin Deep database fabricated a nonexisting (but easy-to-spell) paraben to avoid. And maybe that's why I'm STILL hearing sales personnel at cosmetics counters tout paraben-free products as being the better choice, I'm STILL seeing agressive advertising with a 'safe because it's paraben-free' message, and I'm STILL hearing comments from fellow shoppers like 'Oh, don't get that one – my friend told me it has parabens in it and her sister says a colleague of her uncle got allergies and cancer from parabens'. 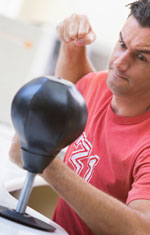 Parabens seem to have earned themselves the dubious honor of 'favorite punching bag of the cosmetics world'. It's the story of Skoda all over again – remember that one? Even after pouring gazillions of dollars into improvements and proudly putting one award-winning car after the other on the market, Skoda STILL gets publicly ridiculed (on popular TV shows like Top Gear) and is STILL the butt of car jokes. Sigh. (no, I don't drive a Skoda, but that's beside the point).

Can We Move On Now?

Someone told me recently that 'parabens got a bad rap and regardless of being safe or not, there's nothing that can be done about public opinion. Let's just find something else to use and move on'.

Let me see if I understand correctly. The suggestion was 'use anything else, as long as it hasn't had a scare campaign attached to it'. Does that make sense?


I have another idea. If people could be furnished with real information, maybe they would be able to make an informed decision about parabens.

When is the media going to highlight the actual facts? Then maybe we could get past this ridiculously irrational paraben paranoia and move on.

PS: Here's a fun fact tidbit. The study that was the original basis for the paraben problematic has since been discredited.

PPS: Yes, I will accomodate any person who requests a paraben-free product without discussion. I save my rants and lectures for blog postings.

PPPS: Do you try to avoid parabens? If so, why?
15.7.11
Labels: Blahblah Politics preservatives