It is a rare household that doesn't have a stash of chamomile somewhere in the kitchen. In my family, this gentle herb tea is a catch-all remedy offered for any number of ailments: cold, flu, stomach upset, sore throat – even sleeplessness.

Chamomile infusion is so mild and soothing, it is even recommended for small children and babies, helping calm little tummies and sooth teething pains.

What a contrast to its essential oil and hydrosol counterparts – both so potent that they come with cautions about dosage.


The hydrosol is by far the mildest of the two, yet a maximum of 10% is recommended for any solution to be used on the face.

In concentrated form, chamomile is a powerful, effective (and surprisingly pricey) ingredient.

My first sniff of the essential oil took me completely by surprise. It was appetizing and potent – nothing like the mild tea I know so well.

The hydrosol was equally surprising, having a mere suggestion of earthiness to the scent, though relatively similar to the essential oil.


On and Under the Skin

For skin care, chamomile is particularly useful for inflammations (like sunburn), excellent for dry skin, and a go-to for battling conditions such as dermatitis and exzema.

By its very nature, chamomile is a tonic that helps tone and firm the skin.

It's ideal for skin tonics, creams, shampoo, body & face oils, and as a soothing aftershave.

It mixes with beautifully with Orange Blossom and several of my clients have insisted on this combination after trying it once. 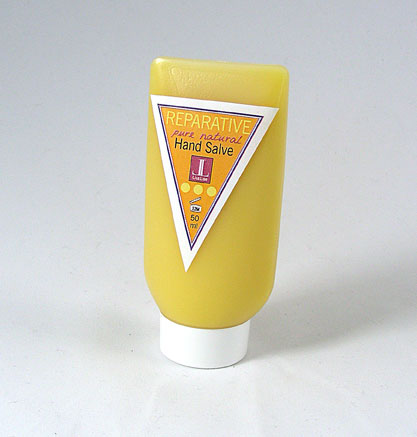 Although it is from the same family, the 'other' chamomile available in essential oil form is German Chamomile (INCI: Matricaria Chamomilla).

The properties of both chamomile's overlap some and can in some instances be interchanged.

The azulene gives it additional anti-inflammatory properties, making it ideal for skin conditions such as excema and dermatitis.

I have added it to several versions of my Reparative Hand Salve for clients with particularly delicate and troubled skin.

Although a cup of chamomile tea can be soothing while pregnant, it is recommended to refrain from using German Chamomile essential oil during the first trimester of pregnancy.