The Sage Saga - Week Off 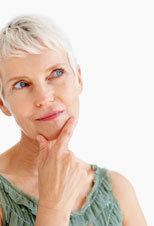 It's now 4 weeks into my 'highly scientific' hot flash experiment with sage hydrosol (one week on, one week off), and it's looking like there is a pattern emerging. Throughout the second 'week off', I experienced the same increase in intensity and duration of hot flashes.

I realize it is still early days, and of course, it's still entirely possible that this is all coincidence. I've lived with hot flashes for about 7 years now, and there is an 'ebb and flow' to them of sorts – it's just an impossibly unpredictable and completely uncontrollable one.

(I hear a number of you over-50's ladies asking why the heck I don't just take hormones. You may as well ask me to use a skin product containing mineral oil.)

From Furious to Curious

What is most notable about this experiment is how modest the dosage is. In both of the past weeks 'on', the mixture has managed to take the intense, uncomfortable heat of the hot flashes and dampened them enough to where I could categorize them as 'warm flashes'.

Instead of having to furiously fan myself until the heat, sweat and queasiness subsided, I have merely had to remove the outer layer of clothing (light sweater) and dab the sweat beads from my face (no fans required). I remember reporting after the first week 'on' that there was 'a change, but nothing earth-shattering'. In retrospect, it is actually a little bit 'earth shattering' to be able to go from intensely uncomfortable heat to a mildly irritating rush of warmth – if it is, in fact, due to the sage.

I'm tempted to start fooling around with a higher dosage to see if it would have an even stronger effect. But then, the wanna-be scientist in me takes over, dictating "maintain dosage and pattern of use for consistency!"

If I keep seeing the same pattern over the next month, I'm going to need some testers to see if this mixture has the same flash-dampening effect on others. (If you've just tuned in, find the initial article about sage and hot flashes here)
19.12.10
Labels: Case Study hydrosols